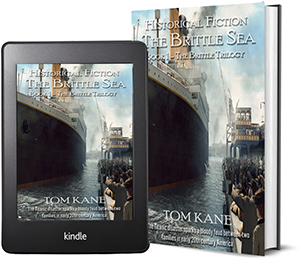 The Brittle Sea: Book One in an historical fiction trilogy

Set in the early 20th century, against the backdrop of the Titanic disaster, ‘The Brittle Sea’ is a captivating, inventive read, with dark & sinister characters and a gripping storyline.
Magda Asparov, a young woman from Ukraine, is bound to marry Matthew Turner, a shrewd and unscrupulous American businessman. But her journey to America is cut-short when the ship she is travelling on, the Titanic, hits an iceberg and sinks.
Magda loses her memory and a new personality, Maggie, takes hold. Richard Blackmore, Captain of her rescue ship, falls for her. What follows is the hunt for Magda by Turner’s evil henchman, William Harker, who aims to succeed by any means, fair or foul.
The ensuing search leaves Richard Blackmore as collateral damage.
Click on a button to download your FREE eBook: 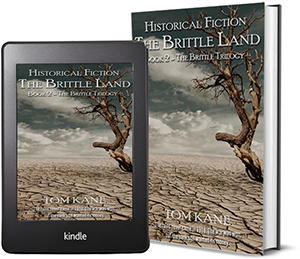 The Brittle Land: Book Two in an historical fiction trilogy

The Titanic disaster sparks a bloody feud between two families in early 20th century America.
Magda Asparov travels from Ukraine, the chosen bride of corrupt American businessman Matthew Turner III, to New York on the Titanic.
Fate takes a hand and the Titanic sinks. Richard Blackmore, master of The Lady Jane, arrives on the scene of the sinking and a young woman is discovered, alive. Magda Asparov has survived but is close to death.
Magda has lost her memory and a new personality, Maggie, has taken hold. During the voyage to New York, Blackmore and Maggie fall in love.
Turner believes his intended bride has survived the sinking and engages henchman William Harker to find her.
Harker locates Magda and realises she has been living with Blackmore. Turner, in a jealous tantrum, decides to exact revenge on Blackmore.
Mental illness, betrayal, murder and corruption destroy Blackmore and Maggie’s life together. Until all that remains is for Blackmore to seek answers and revenge.

Currently available on Kindle and will be released on Nook, Kobo and Apple Books on August 7th.

Click on the link to see more information and where to purchase – https://books2read.com/The-Brittle-Land 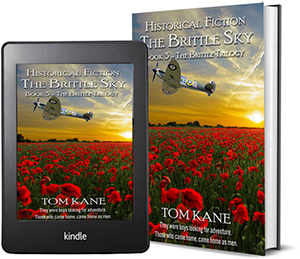 The Brittle Sky: Book Three in an historical fiction trilogy

The Brittle Sky is book three in a trilogy, an historical drama series, and as such should be read in sequence.
The war to end all wars is over, with millions of dead. Now there is a chance for peace.
But for Maggie and Richard Blackmore, their search for each other goes on.

The darkness crowds in once more on Maggie’s mental health and soon the world is plunging toward anarchy and another war.

“There I saw my mother, as she was when I was young.
Eyes so bright and shining,
reflected by the sun.
But soon her smile did turn to fear, tears were in her eyes.
Darkness crowded in that place,
beyond the brittle skies.”

Currently available on Kindle and will be released on Nook, Kobo and Apple Books on September 6th.

Click on the link to see more information and where to purchase – https://books2read.com/The-Brittle-Sky

A Pat on his Back 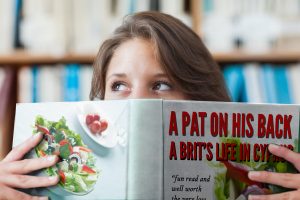 Like a lot of people we had a dream. To live in the sun and take life one small step at a time. Kick back, sit back, lie back, be an ex-pat on my back and watch the world go by. With our two trusty dogs, Harvey and Holly, the ‘H’ Team, we wanted to move from wet and cold Britain to Cyprus, land of the sun and a place where living would be easier.
Ohh, but it was an eye opener, moving to Cyprus. Within minutes of landing at Larnaca airport, the staff there had lost our dogs. That was the beginning of a long night and an even longer journey of discovery… not to mention the unforeseen expenses. “Welcome to Cyprus. Please ensure your passport and wallet are open.”

Click on the link to see more information and where to purchase – https://books2read.com/A-Pat-On-His-Back 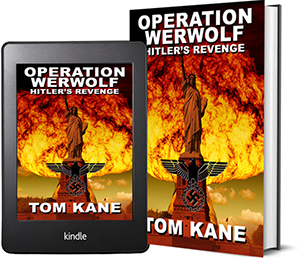 World War 2 Historical Thriller
“We have Europe, England is to be a side-show, a testing ground for the Fuhrer’s wonder weapons. The Fuhrer wants the whole of southern England to be a wasteland. Then we only have to deal with America.”

1945 and Nazi Germany is close to being defeated on all fronts, but for the Allies the war in Europe is not won. In a last desperate bid for victory, Hitler launches Operation Werwolf. Groups of fanatical Nazi soldiers, young and old, are Hitler’s last hope as he instigates a daring plan to destroy London and New York in a firestorm of nuclear destruction.

Click on the link to see more information and where to purchase – https://books2read.com/Operation-Werwolf 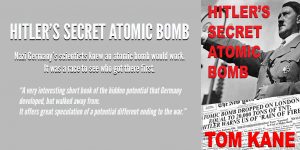 This book asks a simple question. Did Adolf Hitler and the Nazi party he led create an Atomic bomb during World War 2? If the answer is yes, could it have been used against the allies. Absolute proof exists that Nazi Germany was actively trying to create atomic an weapon. But only circumstantial evidence exists that the Nazis managed to create and test a weapon. Tom Kane, whose father was a Nazi hunter at the end of World War 2, examines the truth and the hearsay and comes to a disturbing conclusion.

Kindle only, but soon to be released across other platforms: http://mybook.to/HitlersAtomBomb 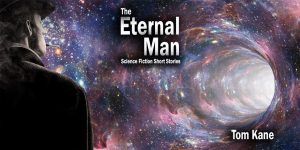 A compilation of science fiction short stories and flash fiction.
The Eternal Man: Jimmy Hyde is recruited to a top secret UN project designed to save the Earth from destruction by pollution. But time is a tricky thing and Jimmy Hyde becomes a murderer, time and time again.
Connections: A retired LA cop investigates an ‘out of this world’ serial killer at a retirement home
Sentinels: Invading aliens have an uncanny ability to detect humans.
After the Bomb: A secret alien operative, trapped in a bomb shelter with desperate humans after a nuclear war.
By Dawn’s Early Light: Victor didn’t believe in aliens, until the president made him earth’s first emissary to an alien race.
Grapes: That’s what you give to hospital patients, Grapes… Before you suck the life out of them!
Plus 18 flash fiction sci-fi stories and sample chapters form three new books to be released soon.
The Ragged Edge of Time: Time travelling android battles Nazis in the last stronghold of free people, New York
Ascension: Brave New Earth: Humans make contact with an alien species and the first war between worlds breaks out.
Welcome to Beyond: In the style of 1950s black and white American sci-fi movies, ‘It came from outer space’ meets ‘The Tommyknockers.’

Click on the link to see more information and where to purchase – https://books2read.com/Eternal-Man-SciFi-Shorts

Diary of a Debt Collector 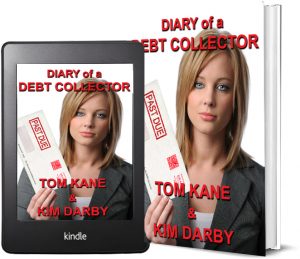 Kim Darby had never had to work in her entire life. She married her childhood sweetheart at eighteen and at thirty she had three young daughters, a lovely home and was living the dream. Then her husband suddenly passed away, without any insurance cover and a stack of debts. For the first time in her life, Kim needed a job. She had no problem finding a job, but on her first day she realised what the job entailed. Hilarious true stories from the front-line of debt collecting.

Click on the link to see more information and where to purchase – https://books2read.com/Diary-Of-A-Debt-Collector 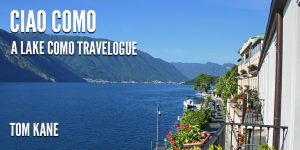 With spectacular scenery, superb locations featured in numerous movies, food and drink that is second to none and the friendliest of friendly people, what more could you ask for? Join me on my journey in and around Lake Como in Italy.

Click on the link to see more information and where to purchase – https://books2read.com/Lake-Como-Italy-Travelogue 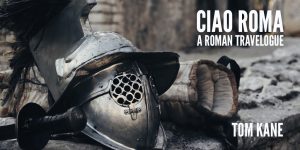 Ciao Roma is a quick guide to some of the main sites in the beautiful city of Rome. It’s intended for those with limited time to go on vacation and see the city sights. Organising a vacation can take a lot of time and effort, so when your time is short, you don’t want to spend too much time wasting your efforts.
This guide covers the Vatican, the Colosseum & Roman Forum and sites such as the Trevi Fountain and Spanish Steps. I’ve added a few more that we had never heard of.
My wife, Jo, and I had never been to Rome and our stay in the city was brief. We arrived Monday and left on the Friday, so sightseeing was limited to three days and we think we made the most of it. But to be honest, there is so much to look at in this spectacular and lovely city, that even two weeks would never be enough time. We found amazing buildings, piazzas and views around almost every corner.

Click on the link to see more information and where to purchase – https://books2read.com/Rome-Travelogue 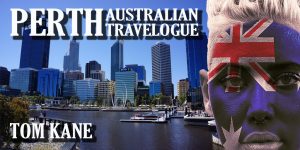 What is there to do in Perth in Western Australia? Plenty is the answer and there’s a lot of places to visit in this beautiful city and its surrounding areas. I’m Tom Kane and my journey took me from Cyprus to Qatar to Perth, where I stayed in Quinns Rock and Bussleton. In words and pictures, journey with me to Fremantle’s eclectic market. Read about the escapes and executions at Fremantle’s World Heritage site, the old prison. We’ll take a trip down the Swan River and a drive along the Indian Ocean coastal road. Visit Perth’s history and see the beauty of the city from the highway (yes, it is a beautiful view) and from the Swan River. You can even walk with the sharks in Perth. We will visit Margaret River and spend a long time getting lost in a 23-year-old maze. Join me on my journey of a lifetime to see all this and much more.

Click on the link to see more information and where to purchase – https://books2read.com/Perth-Australia-Travelogue